About the Book The Series 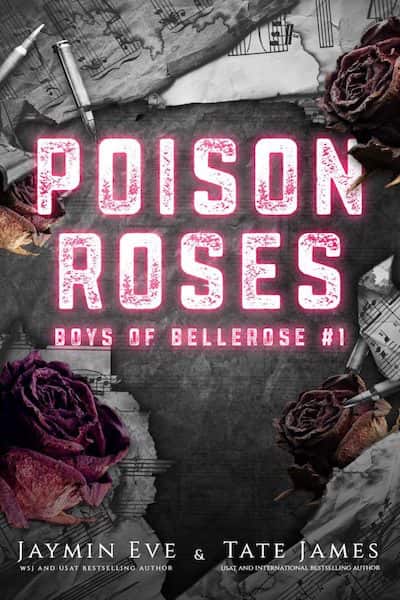 You know that saying, things can’t possibly get worse? They always can. I thought I’d hit rock bottom when I turned sixteen. The day I broke my boyfriend’s heart, ending things before I could ruin his career as a rock star. But damn, was I wrong. Things got progressively worse from that moment on, until now. Eight years later, when I find myself homeless, jobless, covered in blood, and running from a ghost of my past. Angelo Ricci–the second boy I ever loved–knows I saw him shoot a man. He’s coming for me, has men out all over the city looking for me, and if they find me I’m as good as dead. But I’m not giving up so easily. I’ll do whatever it takes to escape the Ricci family’s wrath, even if it means seeking sanctuary with the most unlikely, and unwilling of allies. Bellerose is the hottest rock band in the world right now–in popularity and looks–and it’s just my luck that I stumble into their laps while running for my life. It’s not the best plan to hide out on their tour, but it’s the best I’ve got. Except, the only person that Bellerose’s frontman hates more than Angelo Ricci… might be me. Too damn bad. Jace owes me. After all, I’m Billie Bellerose. Poison Roses is book ONE of FOUR in the Boys Of Bellerose series. This is a four book mafia/rockstar reverse harem romance series with dark elements and gripping cliffhangers throughout. Content is intended for a mature audience.